Being “not without having it” (in Covid-19 Times) — Hal Odetta

First, I will say some things about this unusual Lacanian phrase, and then just before the very end I will say a bit more (but not very much!) about our emerging state of existence in these Covid-19 times.

‘Not without having’. In the English language, the phrase “not without [x]” is not unusual; in the whole series of the annual seminars, or Seminaires, of Lacan (carried continuously from 1952 to 1978), the segment “n’est pas sans” occurs more than two hundred times. What is more important in terms of Lacan’s “style” is the longer phrase, “not without having it” (il n’est pas sans l’avoir; il n’est pas sans avoir). This phrase seems absent in the Ecrits; but in the Seminaires, this “formula” [1] occurs fourteen times, and is well-spread across the decades: from the 1954 seminar (Écrits techniques/Freud’s Papers on Techniques) to the still-unpublished 1976 seminar (L’insu que sait de l’une bévue s’aile à mourre).

The nature of the phrase’s “negation”. This, without doubt, is one of Lacan’s rendering of the Hegelian “negation of negation”. So let us take toddler steps in understanding this not-so-weird phrase, “not without having” (it). First, one is said to “have” it. Whatever that “it” is, one possesses it. Then one negates that condition/claim of “having it”: one, therefore, “does not have” it. Then, in the third and last step, one negates this last statement: it is here that one should be careful, as you are not dealing here with simple, Aristotelian logic!

Negating this “does not have” is not always of the sort that reverts you back to the beginning, where one simply “has” it. The “does not have” is now to be taken with some form of solidity: one now relates to a thing in the sedimented mode of “not-having”. Recall the Zupančič/Žižek joke: not-having equates to relating to one’s coffee in the lost-object mode of coffee-without-cream/milk/[x]. So one should not be trapped in the mode of always swinging back-and-forth between two slots; there are times/structures when/where one needs to take the third possible slot. One then says this: one is “not not-having” it: one is “not without having” it.

Imagine drinking one’s plain coffee in the mode of “not having that coffee-without-milk”. Can you imagine it’s taste—no? Obscure?—you’re on the right track to almost-grasping it! Because at least you’re not back to that imaginary good, old, pure, non-negated coffee. 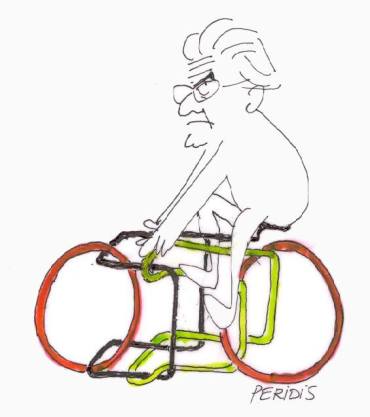 What is the ‘it’? Anxiety’s non-object. I’m leaving behind all the other lecture indices mentioned above relating to the phrase we are reading (and the “phallic” objects and the “unconscious” that they are referring to). I will go straight to this 1963 text where Lacan tries to enunciate the structure of “anxiety”:

This relationship of “not being without having” does not mean that one knows what object is involved. When I say “he is not without resources, he is not without guile” that means precisely that these resources are obscure—at least for me—and that his guile is not of the usual sort. Moreover even the linguistic introduction of the term sans, sine, which is profoundly correlative to this apposition of haud, non haud sine, not without, is a certain type of conditional liaison, if you wish, which links being to having in a sort of alternation; he is not without having it; but besides, where it is, it is not seen. (January 9, 1963 lecture; Cormac Gallagher translation; emphasis mine.)ii

The anxiety that is Covid-19. So let’s get that crucial Lacanian line again at the end of the quote: “There, one is not without having it; but elsewhere, where it is, it is not seen.”

That is the phenomenal structure minted in a single saying.

Here is the longer description, in the spirit of that way of saying: Covid-19 virus? It looks like one has it, but then when one checks it, one does not have it. One knows many things about the “science” of this entity, but there is still this strange, additional “object” sticking with us now that is eluding proper grasp, if it’s here at all. One certainly doesn’t have the virus, yet a hole is opened that is welcoming it; and the hole seems to have a dweller now. We are in “alternate reality” and “in a sort of alternation”. This not-having-the-virus mode of living is shaping to be “not of the usual sort”, “obscure”, and we are developing “a certain type of conditional liaison” with “having it”.

So what are we now, when we are just in our houses, or elsewhere, trying to keep safe, or cautiously, distancing-ly, working, helping others (despite everything), and so on—what is our mode of being at present? Well, phenomenologically/psychoanalytically, it is not without some sense if one says: we are in that sort of existence wherein we are “not without having it”. There is that flitting moment when one sees that strangeness of not having it.

Reversibly, it is not difficult to understand the possibility of this state (or hearing a “mindless” enunciation emanating from such state): a weird sense of “relief” in finally having it.

Hal Odetta is a pen name. He is an anthropologist who teaches at the University of the Philippines and works with the Manobo indigenous peoples of Mindanao.