The True Misdeed: Questions in A World of Blue — ‘lie’onyourwounds

30 April, 2020- the International Labour Organization says that nearly half the world’s population would lose their jobs because of the Covid-19 pandemic.

30 January, 2020- the WHO declared the Covid 19 a Public Health emergency “only two days after the first reports of limited human-to-human transmission were reported outside China.”

11 March, 2020- the WHO characterizes Covid19 as a pandemic “deeply concerned both by the alarming levels of spread and severity and […] inaction.” In the media briefing on the same date the Director of WHO said that there were “118,000 cases in 114 countries and 4291 people have lost their lives.”

Of course we know what happened after that: half of the world is at the risk of losing their jobs!

On 11 March, 2020 most of us did not have the coronavirus but there was (and still is) a high chance of us contracting it. On 30 April, 2020 most of us still had “nothing but our labour power to sell” (Žižek) but we are told that there is a high chance that we can be one among the half of the world that’s jobless. On 11 March, 2020 if the threat was about the risk of us having it (the virus), by 30 April, 2020 it was also the risk of us not having it (not just our jobs, but most importantly the “labour of enjoyment” (Samo Tomšič)). Hal Odetta characterized the predicament that we live in Covid as being not without having it. Added to that we have being not without not having it.

By mid March clear instructions were issued: so as not to have it, if we had symptoms of it etc. By the beginning of May most of us, mostly in the global south, these days the United States is also classified as belonging to this Stone Raft, have heard our leaders calling on our employers neither to cut our salaries nor to throw us out of our jobs. Some of us even got assurances from our employers that they and everyone in the organization would be with us through the pandemic.

However, many were part timers, the precariat, who were never paid after the lockdown. Essential workers have experienced the lack of PPEs, ostracization from their communities etc. Some were asked to work from home. However, the entire day was then treated as the workday. Many lost work during the lockdown and are still searching for a new job. Migrants in the informal sector had to walk thousands of kilometres as they did not have “proper residences” at their workplaces even before the pandemic. Some were asked to stay back at their workplaces if they wanted their jobs: the tyranny of choice (Renata Salecl) if there ever was one.Many were termed super-spreaders simply because they were from a particular religion. Many faced salary cuts. Amidst all this, the mantra of those in power was to ask us to continue with character and fortitude.

Why were we not given any instructions as to what to do when we are at the risk of not having it and stopped having it? Is the ILO waiting vainly, like the WHO did from 30 January to 10 March, for the states not to act? Isn’t it already high tide? Wouldn’t things be different if the ILO had joined the battle and implemented what our leaders had promised us when the lockdown began? What would have been the case if it had stringently implemented protective measures for the essential workers? Stood with those who were called on duty anytime? Stood with those who had to walk for thousands of kilometers? Wouldn’t that have been true solidarity rather than the present universal enthusiasm when the aegis of post-politics arrived at our balconies celebrating our character and fortitude:

We confront the ineffaceable mark of the Other’s irredeemable misdeed with the inextinguishable idea of our own unconditional morality—a shift from the incorrigible to the incontrovertible. Traumatic persistence is overwritten by the ineffaceable insistence of the moral law within. (Comay: 2011:30)

This is not to say that our world leaders have not been working for the people. To claim that would be a blunder especially in our time with as many World leaders in our “world-less civilization” (Alain Badiou) working solely for “their” people. Were they (and their opposition) not, way before the pandemic stringent and efficient enough to drastically curb and limit the draconian “welfare state”? Their biggest service in the name of the people was to extend/implement harsher measures that their opponents failed to implement. This time it was in the name of the people. Thus, it is not that they haven’t done anything, rather, what causes anxiety is the indefinite wait for the trickles from their ‘busy-ness’ of implementing trickle down policies:

Around the world, both these world leaders and their opponents, were holding onto the fiscal deficit of three percent as long as they could, even when the pandemic demanded radical measures. They were just meticulously following the diktats of their Inter-national bureaucracies (IMF, World Bank). Thus, contrary to popular belief, it is only today that bureaucracies are truly alive through their very invisibility. 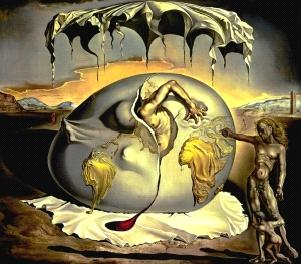 When they did liberalize their borrowing limit, we were still asked to wait for the trickles! It is not that our inter-national leaders with their inter-national bureaucracies have not kept their promises. Rather they did as their promise was to free us from the clutches of the State. And we the Stone Rafts floating aimlessly in this freedom are asked to be grateful for it!

However, if we are to measure the current deficit against our own leader’s and their expert’s prudent and laudable insistence on maintaining the fiscal spending within the limit, are we then not already deep in the shortfall? In such a situation with our leaders already saying that GDP is going to be in the negative, how are we not to see that it is hard times that lie ahead for all of us? How are we then going to deal with what Freud called the discontent of our civilization?

In India, the government has decided to increase the labour time in factories from the ILO prescribed eight hours to twelve hours. Here we also have an answer to the question Why has not the International Labour Organization already acted? It is, as Slavoj Žižek put it in one of his many characteristically simple expressions: “the eternal marriage between capitalism and democracy has ended” (Cross 2013).

Against this background, if there is indeed a true misdeed today, it is that of Communism.

‘Lie’onyourwounds is a pen name, inspired by one of the prison correspondences of Robert Mangaliso Sobukwe.

Cross, Harry. 2013. Slavoj Žižek: The eternal marriage between capitalism and democracy has ended, Accessed: 11 May, 2020.