Don’t be an idiot! Be an imbecile! – towards a Žižekian concept of left political practice — Felipe Aiello

Usually, when a person is seen to ‘awaken’ a class-consciousness or, at least, perceive oneself in a system in which his/her relations have an alienated status, one tends to have a sensation of “leaving the cave” – “one never used one’s eyes before”, as can be seen in the film Matrix. The essential problem here is that we actually use our eyes, we in fact see things going on, and as Žižek puts it –inverting Marx’s definition of ideology “we don’t know we do it, but still do it”– actually we know we do it, but we still do it.

In 2013, a lot of demonstrations took place all over Brazil. It started as a rage against the increase of public bus price in São Paulo. Suddenly it spread all over the country, not only uniting the people upset of seeing all the corruption going on before their eyes, but also bringing together the dictatorship apologists, along with the neo-nazi groups, and so on. The image there was of an awakening of a giant: “the giant awakens”, the protesters used to say.

It can be said that the demonstrations were examples of Žižek’s definition of populism: “I don’t know what’s going on, but I’ve just had enough of it! It cannot go on! It must stop!”1 Can’t we say that the truth of this figure of an ‘awakening’ is in fact populist, and even further, can’t we say that this is indeed a very ideological figure? In this sense, going out of the cave of illusions, actually turns out to be an illusion by itself, in Žižekian terms.

Žižek calls this (in the beginning of Less Than Nothing) one of the figures of stupidity: the idiot. The idiot is the person that can be actually a very intelligent one, but when the idiot faces social and contextual rules, (s)he totally loses it. We can think of the soldier Schweik, of Jaroslav Hašek: seeing soldiers firing against the enemy soldiers, he runs to the front of the trenches and starts to shout: “Stop firing, there are people on the other side”. Isn’t the left doing the same thing today? They go to factories, go to the people and say they are being exploited, people are dying – they tend to awaken a sense that we are all human beings, and that we must treat each other well; by doing so aren’t they acting just like the soldier Schweik? Isn’t it the truth that we can’t escape from the fact that we, in this capitalist system, are exploiting and being exploited by each other? The other figure of stupidity is the moron, the one who identifies with common sense, and in that way corresponds to the “Big Other”, that is, the appearances, the social order.

Negating both options is the imbecile. The word imbecile, as Žižek says, follows from its application on people of 26-50 IQ, between the moron which has 51-70 IQ and the idiot, with 0-25 IQ. The imbecile is then below the moron and above the idiot, but we must ask ourselves, why the imbecile? Žižek suggests us to think about the word in its roots: the roots of “im” and “becile”. “Becile” comes from the Latin baculum which means staff. “Im” negates “becile”, so it turns out to be someone who does not use a staff, a person who walks by himself. The problem, as Žižek says, is that we don’t know what “becile” means properly. We have just its negation, so it follows that this “becile” might be, in Hegelian terms, the negation of the negation.

The negation of the negation for Žižek, is “an unexpected change of the very terrain—this change undermines the position of the subject, involving him in the action in a new and much more direct way”2. This means that although the imbecile walks without the help of a staff, he knows the need of the staff for a walk. The imbecile knows that reality must be supplemented with our fictions, and in that sense, he knows that the idea of things move them. The meaning of “Eppur si muove”, –the words said by Galileo after the inquisition, confirming that he still knows that the Earth moves around the sun– have here a deeper meaning put by Žižek: “Eppur si muove” is not just this idea that “although something may not be accepted, it is still true”, it is also its opposite. In this sense truth and falsity get entangled as in a Borromean knot. “Eppur si muove” means that although as a materialist one does not believe in God, the very idea of God moves God himself.

The first chapter of Marx’s Capital starts from the very abstract notion that in the capitalist system, the commodities are seen to be walking around by themselves, just like in a parade. Isn’t that true also for our ideas? The very change operated by negation of the negation is thus, that we have given an autonomy to our ideas, and that way they now move by themselves. We the subjects get inverted and assume the very position of an object in face of the parade of the commodities.

In this sense, we can propose a concept of a Žižekian oriented political practice for the left-wing. We have seen that our very ideas move the surrounding objects. This means that a mere denunciation of the stupidity of this act of giving life to these objects turns out to be caught in the position of the idiot: for him, the commodities are just projections of the human’s means of production, which we have showed to be superficial and ideological. The problem is, we have ideology, and we can’t escape it by just denouncing it, we must see that the very projections of ideology, are the expressions of the ontological gap we have seen above – this is, the need for a supplementation of reality, as Žižek puts it, “the concept of reality doesn’t fit with itself”. This is, rather than a critique, a comprehension of the nature of reality. And by this we have a much more theoretical position than a practical one. Žižek himself calls for a time of study and understanding of events going on. Thus, the concept of imbecile is able to fit for a political practice, in the sense of a construction of a Gramscian counter-hegemony.

The imbecile is the individual that although sees what is going on, thinks twice before acting: for him it’s the measure of “one step further, two steps back”. In the Occupy Wall Street movement, Žižek oriented the New Yorkers not to focus on the idea that Wall Street is the center of all the problem, and that it shouldn’t exist no more. In fact, Wall Street controls part of that thing we call financial capitalism. So if we destroy Wall Street, there may be more problems than there is now. This means that the very object we gave life to, this speculative reproduction of money itself shall then attack us back, depending on our acts towards it. That’s why Žižek calls the economy the key sphere, where the triumph over capitalism will succeed.

In synthesis, the left should as Lenin did, go study and interpret reality. This figure already appeared in Kant’s definition of private and public citizen: we should be obedient, but still think about the stuff we are doing – this is a double subject. The contra-hegemonic force can only be created if we, as the left, engage in politics, in governmental issues, but as Imbeciles, knowing the need of these actions, not just as an acting, but confronting capitalism from within, which means playing by its rules, getting ready for the incoming capitalist crisis, in order to finally put the issue of communism on the table.

The Ironic Curtain between Aries (Arise) and Scorpio (Superego): The unclean syringe

Nevermind: Let it go and Let it be

Getting Rid: Gaze displeased by the excrement, Breast shaming the gaze, Voice naming the breast

Pat Ron to chase the Dementors away: 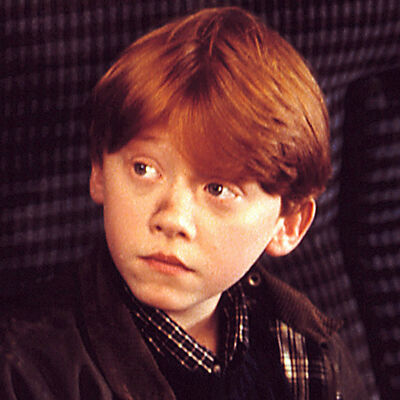