What Happens to Hal? A Žižekian Analysis of Infinite Jest — Colin Eckstein 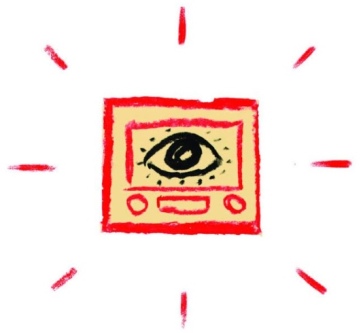 Slovenian philosopher Slavoj Žižek has been hailed respectively as “The most dangerous philosopher in the west,”1 “The superstar messiah of the new left,”2 and “The Elvis of cultural theory.”3 The late novelist David Foster Wallace, too, was hailed as an intellectual rock star upon the release of his magnum opus, Infinite Jest. For all their differences (Wallace admired John McCain while Žižek is a self-avowed communist), these intellectual giants both achieved an unexpected celebrity by posing the sticker issues of subjectivity to a broad audience. It seems only natural, then, to bring the principal texts and ideas of these larger-than-life figures into critical conversation.

Anyone who has managed to slog through Wallace’s 1000-plus-page tour de force, Infinite Jest, is inevitably left wondering: What happens to Hal, Wallace’s main character, at the end of the novel? An entire year passes virtually unremarked between Hal’s pre-fundraiser ontological angst (November 20, Y.D.A.U [2009], 851) and mid-interview “waggling” (i.e., horrific breakdown) at the U of A (November, Y.O.G [2010], 12). Careful readings of the novel by scholars and fans alike have birthed a number of theories. Is Hal suffering from marijuana withdrawal (1065n. 321)? Did he take the notorious hallucinogen DMZ with friends Pemulis and Axford (217)? Was he forced by the Canadian terrorist A.F.R. to view the mythically lethal cartridge, Infinite Jest (845)? There are indications for all and none of these.

Thus, an honest answer to the question “What happened to Hal?” is “No one really knows” – perhaps least of all David Foster Wallace. There is an unfinished aspect to Infinite Jest, what Žižek calls the “quantum uncertainty of reality.” The fate of Hal is a gap, a pure lack around which the narrative is based; an illusory element which both constitutes and covers over the void. The key, therefore, to discovering Hal’s fate lies in the recognition that, in the ontologically uncertain universe of Infinite Jest (the novel), all possible futures converge into a single explanation. Whatever happened – and the indication is that ‘nothing’ did, in the sense that Wallace (delightfully, tortuously) presents us with the void instead of a solution to the novel’s puzzle – Hal has apparently undergone the dissolution of the Symbolic Order.

Hal recognizes that his own subjectivity is (like the novel itself) based in the fiction of language, centered around ‘nothing’. In order to escape the big Other’s tyrannical injunction to ‘Enjoy!’ – which is, in retrospect, the foundation of Wallace’s cultural analysis and principal theme of the book – Hal the logophile attempts to enter the void ‘behind’ language (694). This, as Žižek demonstrates in the case of Mark Rothko, inevitably results in the breakdown of the subject.4 Contrary to popular interpretations of the novel, then, Hal experiences the opposite of subjectivist solipsism. He faces his own non-existence. The structure of the novel mimics the structure of Hal’s own subjectivity ($). The solution to the novel is no solution (Ø).

Colin Eckstein is an MA candidate in Psychology & Religion at Union Theological Seminary in the City of New York.

3. The Chronicle of Higher Education

The image is from the 20th anniversary cover of Infinite Jest. Christopher Kul-Want uses the same motif to represent the big Other in his introduction to Žižek’s work.